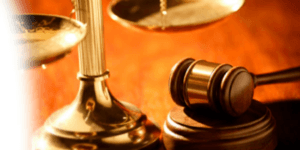 The Best and the Most Reliable Immigration Lawyer Services in Town!

I have been practicing immigration law in Virginia for about eighteen years. I well remember my first case. It was an asylum application for a young man from Somalia. I won't tell you his name. Anyway, he had already filed his application with the assistance of another immigration lawyer - I won't tell you the lawyer's name either. It was a short application, only a few pages long. It didn't include many of the things that had happened in Somalia to this young man. The application had already failed to obtain asylum for him, but he had a chance to apply for asylum a second time in Immigration Court. He wanted my help in preparing this second application.

Boy did we work! One problem with his application was that he had no evidence to support his story of what had happened - no medical examination to confirm that he had been tortured, no letters from witnesses, only his own testimony. I must have had him tell his story to me thirty or forty times before I felt he was ready to tell it to the Immigration Judge in Baltimore, Maryland. Thankfully, the Judge granted the application. Today the young man is a U.S. citizen and has an excellent job in IT. I saw him not long ago. Do you know what he said to me? He said "thank you for taking the trouble."

Hanging just inside my door is a framed copy of the passport that my grandfather used when he came to the United States from Italy just over a hundred years ago. He was only nine years old. Every time someone sits across from me in my private office and seeks my help in an immigration matter, I see my grandfather. That's all I need to make me do everything that I can do, legally, to get him the immigration benefit he seeks - whether it's asylum, TPS, or a green card.

I will do the same for you. Whether you are in Fairfax, Richmond, Alexandria or anywhere in the Northern Virginia, Maryland, or Washington, DC area come to my office if you have an immigration problem. If you cannot come to my office I will be happy to talk to you via email, Skype or the old-fashioned telephone, whether you call from California, New York, Manila or Moscow.

If you have an immigration problem I hope to hear from you soon!

Accessing this website does not create an attorney-client relationship. Before acting on this information you should consult with an immigration attorney.